A Spanish architect shares his professional experience working in Bangladesh and how he has learned from its inhabitants. 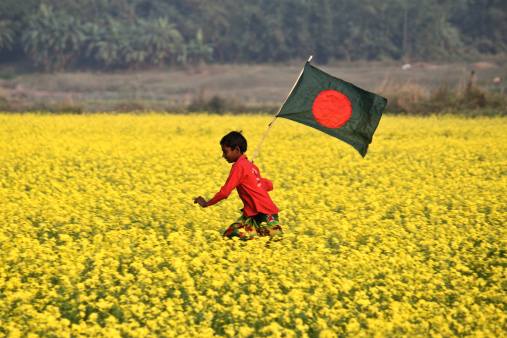 Countries such as India, Bangladesh or Indonesia cannot compete with the first world technology, so use the same ace under the sleeve to entice the globalized world: the enormous amount of unskilled laborers. Hundreds of thousands of people offered in countries such as Singapore or the United Arab Emirates to do the jobs that nobody wants in those places.

That reality is easy to see in many countries in the region, especially for someone who works hand in hand with them. That is my story, where I shared my life with many of these migrant workers in the world of construction in Asia. Some honest people, eager to work and encouraged to provide a better future for their families; but also with a great uncertainty due to the minimum education they received.

Because in Asia, when a worker -owing to his lack of training- cannot do something, they usually learn on the ground. Or as they say in the jargon of the industry, at site. With a meeting where I explain how they have to make that part of their job unaware, then I request them the practical example.

That's my job as an architect. A profession that since early 2015, has led me to work on the construction of a power plant in Ashuganj, a small rural town in Northeastern Bangladesh. These buildings are the main source of income for local families. A construction done by the hands of illiterate people mostly waiting for opportunities in the projects run by Westerners.

The lessons learned in the lands of Bengal are still rewarding me; however, the social reality to which we are exposed is able to outshine in a few seconds any hint of a smile on our faces.

Asia is not easy. It always teaches me the bitterest side of life in the most natural way. Still, my eight years here my profession have become a real passion. Its people have taught me to design something can also give you happiness, and that is now the most important of my occupation.

Because the architecture, here in Asia, is an occupation rather than a job. In a world where there are just jobs and it seems that to talk about occupations are something totally obsolete.

May to change the world is a daunting task and it begins in the ability to influence our immediate environment. An issue that demands a lot of flexibility in the way we think and communicate. Here are three examples I have lived in this work:

Sometimes a simple mistake can create a major conflict with the client unless you have good tools to make it as the best decision.

My first contact with Bangladesh occurs his capital, Dhaka. Its wide avenues exhibit less colorful advertising the clothing of its citizens. The colors matter a lot in this country, not only just for the large fashion brands that produce here to dress the rich countries of the world.

When the Bangladeshi client called me to say I had changed in one of the buildings of the complex light gray to sky blue color that he found it cheerful but out of place, I already had my exercises done to justify him my apparent error. The first thing I did was to ask him to apologize me since I was forced to talk about architecture on the roof top of the same building.

The color is due to two reasons. First, in memory of all the hours that the hand of Bangladeshi workers had passed under the clear blue sky that characterizes this place discussing the construction details till the huge building was built. And second, by adopting transparency till merge the building with its blue color of the sky to make it disappear.

The idea of mimicry with the environment has been used many times in the modern Europe. Finally it was accepted by client. I was pretty happy to talk with a person who is interested in architectonic concepts since they are hard to find.

Innovation does not always mean being creative. Simply enter a foreign idea in Ashuganj for a revolution. The ceramic brick is very typical in Bangladesh. Its production is high in the dry season and disappear when rains come.

Our residence is close to an engine plant. His constant noise fills the hours of rest we have. To minimize the sound, I raised a wall with an air chamber inside with the hands of local people. Bangladesh is a terribly humid place. The wall needed step ventilation and natural light. I put the first bricks using my own hands because the workers did not understand my drawings. The placement of the bricks was different to the local own way to build.

Days later to the erection of the brick wall started, I got up to take my breakfast.  I found the local contractor, Mr Jewel, waiting for me. The wall was almost finished and new customers requesting him to build the same wall in another areas of Ashuganj. The Bangla was really happy, then he started to call me teacher.

Bangladesh shows lower levels where the human being moves in the most extreme way. Outside the official area of the project, there are plenty of girls rummaging small pieces of bricks emerging from the sands of our daily excavations. They scamper down the street where we are burying large water pipe at the same times that their nonexistent schedules to go to school. Girls who may not have option of leaving the first echelon offering human life, misery.

The water table of this land is very high and is increasing. These lands are shrinking rapidly due to climate change. The work becomes a technical challenge for a country with many constraints since it is in the early stage of the development. Just the perfect moment to make wonderful a country.

Build in Bangladesh means handholding the contractor, which means writing the work activities as instructions to follow. This is a paper that does not occupy more than one side of a sheet. I call it as strategic language and assures me to achieve the project goals. I used to pass it to all local engineers who work with me on the project.

When I give the order to begin excavations in the early morning, girls are just ready to find that gold pieces packaged in ceramic brick that can solve them food of the day. In the afternoon, the Bangla engineer appreciates my help in details step by step. Thus he began to believe the success of his company work.

I came to Ashuganj in April 2015. The land was nothing and now it has become a place thanks to the hands of their workers. Like them, I am totally fascinated with the result of the hard work so magnificent. Cities as beautiful as Venice or Lisbon were also erected on lands similar to this one.

People from Bangladesh does not forget the trauma that still haunts them the fateful April 24, 2013. The greed and human need staged one of the greatest catastrophes of globalization. An eight - stories commercial building, the Rana Plaza, collapsed. This drama, which left at least 1,127 people dead and 2,437 others injured, put in check the overall production process chain. Bangladesh was on the cover of all the media in the world for a few days. But now this green country and his people are writing their own history in capital letters. Now Bangladesh matters to the West.

During my stay in this land I have had the opportunity to meet in person his Nobel Peace Prize, Muhammad Yunus. In one of his famous seminars, Professor Yunus gave me about 15 minutes to exchange our experiences working with disadvantaged people in the country. He said: "The poor are like bonsai trees. When the best seed of the tallest tree is planted in a small pot, a replica of the tallest tree is obtained but only a few centimeters high. There is nothing wrong with the seed that was sown; only the base of soil has been insufficient. The poor are like bonsai trees. There is nothing wrong in their seeds, but society never given the proper foundation to grow in it".

From our conversation he emphasized not only that education is the essential weapon of disadvantaged against the dominant system that excludes them, but also organization is the cornerstone to exit marginal situations caused by poverty. Hence he let me see that the solution is not only the money spent to make improvements in disadvantaged communities, the real change starts helping selflessly to the disadvantaged people to know about their own qualities and abilities to get out ahead.

My greatest satisfaction is to see these workers, who had no faith in achieving its mission, approaching me to thank my help given once they reached the project target. In short, to paraphrase Henry Ford, there is only happiness when we realize that we have accomplished something.

Miguel Vélez is a passionate architect from Spain working in Asia since 2008. He has participated in many large - scale projects in different Asian countries for multinational companies.